I decided to take a page out of Miss B’s book and write a bit about the books that I’ve tried to read but just couldn’t finish. (And also the ones that I should have stopped reading.) I try not to pick up books that I’m not going to like, but no system of vetting books is perfect.  There’s often no way to know if a book will set me off or veer down a road that I really wish were less traveled. My habit is usually to keep reading, even when it becomes a chore to continue. But is that really the best use of my time and (somewhat) limited patience? I’m probably a much happier person overall because I stopped reading these books.

For perspective: In the last 15 months, there were 5 books that I tried to read and did not finish. (That’s about 2% of my total reading.) There was one book that made me so angry that I deleted it from my e-reader after shouting at the book for a while. (For reals.) Then I posted an angry review about it on Goodreads. I should note that my discussion below requires a trigger warning. 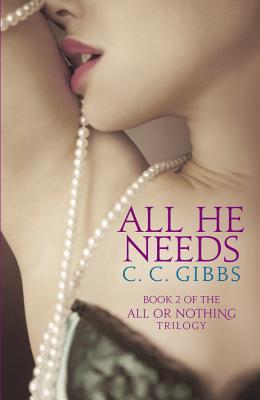 Brilliant. Wealthy. Powerful. Dominic Knight is one of the hottest tech developers in the world–and the most demanding lover Kate Hart has ever known. Whether in the boardroom or the bedroom, he is always in charge. But there is one thing he cannot control: Kate’s fiery heart…

As a master in her field, talented Kate surpassed Dominic’s wildest expectations. As a woman of uncommon intelligence and beauty, she unlocked something deep within him. Yet since their professional relationship–and erotically charged affair–came to an end, the fire in him has only grown stronger.

Now, the man who has everything will do whatever it takes to reclaim the woman he lost. From Boston and Paris to Singapore and San Francisco, he will lure Kate back into his elite world of privilege and passion. Together, they will test the limits of desire and the boundaries of discipline. For both, this is uncharted territory–naked, reckless, and uninhibited. But when Dominic’s deadliest enemies target Kate, he must face his darkest fears…and admit to himself that she is all he needs.

I read book 1 of the All or Nothing trilogy. All told, I felt pretty meh about the book, but I liked the ending, and I was curious about where the story would go in the second book. It’s pathetic that this is so remarkable, but the first book won me over because the heroine really is an expert in her field, and readers actually get to see her being awesome at her job. That’s so damn unusual that I was willing to overlook the madness (instalust like you cannot believe; the hero purchasing a new wardrobe for the heroine — his employee; the absolutely insane sex scenes (clip-on earrings doing double duty as nipple clamps, mammogram-level breast play, and an orgasm so powerful the heroine actually blacks out, etc.).  I’m not saying I expected great things from book 2… If you read that blurb, you know what kind of book it is. Rich, powerful man who craves control in all things becomes obsessed with the one woman he needs, reckless passion and danger ensues.

So, you know, I calibrated my expectations. But book 2 was soooo much crazier than book 1. One of the sex scenes involved ben wa balls, a japanese eggplant and a cucumber, all used simultaneously. I don’t even know what to do with that level of OTT. But the worst excess of book 2 was the hero’s instability. The hero (who’s apparently been keeping tabs on his former girlfriend like Stalky McStalkerton) randomly inserts himself back in her life in a “we’re not finished” kind of way (which is a little surprising, considering he Dear Johned her at the end of book 1, but whatever.). Eventually, he flies her to the Bay Area and takes her to his childhood home. He shows her his childhood bedroom, and then he flips the fuck out that she’s seeing his private space (that private space that he decided to show her). He yells at her a bit and then — even though she is totally not into it — he initiates intercourse. Because reasons, probably. Eventually, he realizes that she’s crying beneath him. Horrified, he stops, at which point the heroine, whose tearful reluctance was evidently overcome begs him to continue because magic penis. And I stopped right there at 38%, yelled, deleted, and rage-reviewed.

Because it’s bad enough to have the hero rape the heroine. And, yes, that’s what he did. But for the heroine to acknowledge that the sex act was not consensual yet argue for it to continue because it felt so good…

And that’s all I have to say about that. Compared to that train wreck of a book, this next one was positively delightful, yet I could not finish it. 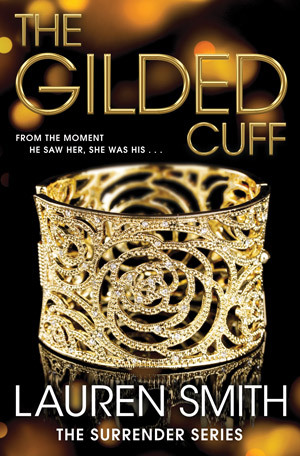 From the moment Sophie enters his shadowy, sensual domain, Emery Lockwood knows this tantalizing new little sub was meant to belong to him. However, Sophie wants more from Emery than just pleasure . . . she wants his past. And that is something he isn’t willing to give—no matter who is asking. But every moment he spends with Sophie, Emery feels his control slipping and he knows it’s only a matter of time before he surrenders to her heart, body, and soul.

I know, I know. Another multi-book BDSM series… And, you’re right: I probably should stop reading books that fit that description, because it’s such a rare thing when I actually like one. (It’s happened twice, actually. I loved the original Original Sinners series by Tiffany Reisz, and I really liked the first and third books of Cecilia Tan’s Struck by Lightning series–but book two can go fuck itself, as far as I’m concerned. Just saying.) This book has an interesting premise — investigative journalist heroine seeks out reclusive survivor of a childhood kidnapping and barters her sexual submission for an exclusive scoop on his story. That’s… bold. Turns out, though, that the heroine is motivated by the desire to save the hero from impending doom (which she can predict because… research?) because she has deep-seated emotional issues (of course). When the heroine was 7 or 8, her best friend was kidnapped, and she was unable to provide any useful information to the police.  Her friend was killed by her kidnapper, and adult Sophie still feels responsible. (I repeat: she was 7 or 8.) I stopped reading at 37% because everything was just so overwrought.

A few years ago, I performed with a singing group that did renaissance faires (true story). I met a lot of interesting people at faire. Never before (or since) had I encountered such a number of people who as a rule felt things deeply and vented their emotions openly. It was a giant vat of over-share. One guy developed such a habit of cataloging to me all of his “deep-seated emotional issues” that he contributed to one of my deep-seated emotional issues: I’m not well equipped to handle overwrought anything.

But I was… Anyway, I was debating whether or not to continue reading the book when I checked out Miss B’s awesome DNF post. I’m pretty sure I made the right choice (with apologies to anyone who read and loved the book).

And here’s a book I should have abandoned: 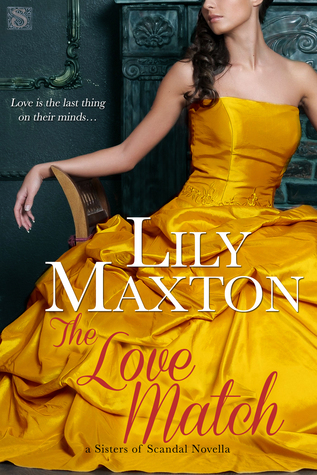 To her family, Olivia Middleton is a problem of the most vexing sort. With her older two sisters married off, Olivia is now the target of her mother’s matrimonial scheming. Shy and somewhat plain, Olivia prefers the thrill of a gothic novel to the hunt for a husband. And as far as her family is concerned, something must be done. But Olivia has no interest in the men paraded before her-except, perhaps, the sought-after bachelor William Cross. But she’s not about to inflate his already oversized ego by telling him so.

William has sworn never to wed, but that doesn’t mean he can’t enjoy women. What he excels at most is flirtation… unless the woman is question is Olivia Middleton. She barely bats an eyelash at his most creative compliments. She laughs at his attempts to flatter her when other ladies would swoon. William is reluctantly intrigued by Olivia, particularly when he discovers the passion simmering beneath her wallflower facade. A passion that should be to his benefit…

Because he’s determined to impress her, by fair means or foul…

I didn’t think I was susceptible to beautiful book covers (especially because I read ebooks), but… I bought this book because the cover is beautiful and I want that dress. And, because I try to read every book that I buy, I read it.

Olivia’s character is interesting and rather charming, and — aside from the obligatory opposition to love for Important Reasons Hinting at a Tragic Past — so is William’s. The pacing of their story is a little too quick, however, and its speed doesn’t give a reader enough time to care how it’ll all shake out. (Plus, it stretches plausibility.)

My biggest issues with the book are (1) the ratio of negative female archetypes to positive ones and (2) how isolated the heroine is. I’ll start with the latter. The heroine has sisters, sure, but they’re married and, as older siblings, aren’t exactly Olivia’s peers. Also, they don’t show up in the story until everything’s all FUBAR, so it hardly counts. William is given a close friend, but Olivia has no one. Back to my first issue, Olivia’s mother is like Mrs. Bennett, except she doesn’t seem to love Olivia at all; William’s mother abandoned him (and his father) to run off with her lover; Lady Sarah (another house party attendee) is vain, self-centered, unkind and rather like Caroline Bingley. Olivia is the only female character (except her sisters, who were probably the only ‘good’ women in their stories) who isn’t a caricature of bad “female” traits (or a complete nonentity like the house party hostess).

That’s probably what I get for buying a book because I like the dress shown on the cover. I should have stopped reading it when it became clear that vain and awful Lady Sarah was being offered as a foil for Olivia’s kind perfection.

You know what? It really is cathartic to write about these books. (And I think it’s a smidge unhealthy that my DNF ratio is so low.) Thanks for letting me over-share. 😉

*FTC Disclosure – I received e-galleys of All He Needs and The Gilded Cuff from their respective publishers via NetGalley for review consideration. Somewhat obviously, my opinion is my own.*

3 thoughts on “To finish or not to finish…”