99% of the time, I am not a sports fan.  I don’t care about any of the big sports in my country, I don’t play any sports myself, and I live in a kind of expectant terror that my daughters will develop an interest in soccer or softball or — God help me — basketball.  But then the Olympics come around, winter or summer, and all of that changes.

I don’t like sports, but goddamn: I love the Olympics.  So I’ve been glued to the TV and mobile app, mesmerized by the snowboarding (the men’s and women’s slopestyle events were AWESOME!), the skiing (who knew alpine skiing was so damn exciting? And the moguls? Holy crap!), the figure skating (Yulia Lipinitskaya and Yevgeny Plushenko: ’nuff said), the short-track speed skating (I could write some fan fiction about that Canadian guy who won gold in the 1500), the luge, the ski jumping… And I am beyond thrilled that women’s ski jumping will debut at this Olympics.

So, yeah… I haven’t been reading so much, but I did manage to spare some attention for a pair of books that made me laugh out loud on multiple occasions and had enough draw to capture (and hold) my attention away from men’s biathlon and men’s alpine downhill, respectively. 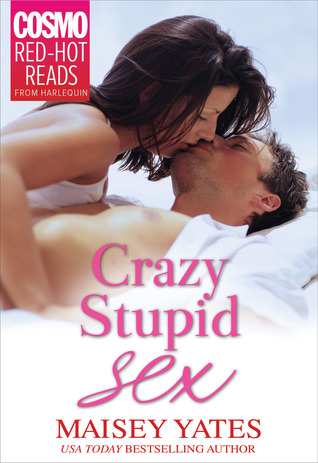 A multimillionaire by the age of 27, app developer Evie James is clueless when it comes to hooking up. So she does what any self-respecting geek-girl looking to get laid would do: she programs her own app for landing a hot guy. After a few failed attempts at making contact, beta testing leads her to Caleb Anderson.

Caleb is used to female attention, but finds himself attracted to Evie because of her unique brand of awkward. A master of one-night stands, he’s more than happy to show her what she’s been missing in the bedroom. But he quickly discovers that one night with a woman like Evie will never be enough for him.

So, yeah. Crazy, Stupid Sex is basically Ryan Gosling + geek girl = LURVE fanfic, and it’s enormously entertaining.  Here’s a quick list of the things I loved about this book:

I could have handled a slightly less angsty hero, a lot more sucking up at the end, a female friend for Evie, and a smidge more showing than telling, but I would still be happy to read this book a few more times just for the sheer fun of it.  Besides… it was more interesting than the men’s biathlon, and that’s really saying something.

And then there’s Misbehaving by Tiffany Reisz. 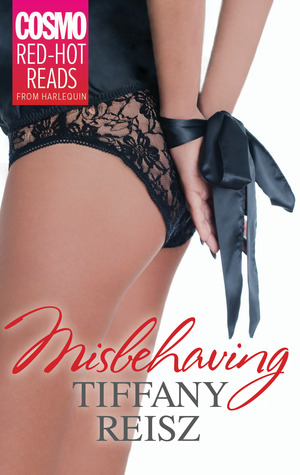 Wanted: Adventurous, open-minded man willing to try anything…
As a popular sex blogger, Beatriz gets paid to have orgasms. So being on deadline the week of her sister’s wedding isn’t as rough as it sounds. There’s just one hitch: Bea’s assignment is to write a review of a sex position manual, but she doesn’t have a plus one to play with.

The good news: Ben, the one who got away back in college, is also attending stag–and he’s as temptingly gorgeous as ever.  The bad news: Ben turned down Bea’s offer of graduation night sex five years ago.  The best news: He’s not planning on making the same mistake twice.

A red-hot retelling of Much Ado About Nothing for people who love Shakespeare but thought his plays could use a few more sex scenes.

The sex scenes are classic Tiffany Reisz.  You won’t find any dripping petals or creaming or turgid manhood here.  Reisz acknowledges the awkwardness and the sexiness of real sex and calls attendant parts by their real names.  Personally, I prefer that approach to literary sex, because if I have to be reading about people getting it on, I’d rather do so without the distraction of strange euphemisms, the linguistic tip-toeing that transfers a feeling of junior high prurience onto my reading experience.

Crazy, Stupid Sex and Misbehaving were both released on Feb. 11, 2014 by Cosmo Hot Reads, an imprint of Harlequin.  For more information about the books, click on the cover images above to visit their respective pages on Goodreads.  For more information on the authors, check out Maisey Yates’s and Tiffany Reisz’s websites.  And, if you’re on the Twitter, you should seriously be following these two.  They are hilarious.  (For the lazy, here are the links for Maisey and Tiffany.)

*FTC Disclosure – I received e-galleys of these books from Cosmo Hot Reads from Harlequin via NetGalley in exchange for an honest review. My gushing about Olympic awesomeness was a bonus.*

3 thoughts on “What I’ve been reading lately – you know, when I’m not watching the Olympics”